my latest music obsession is the jenny lewis album, "rabbit fur coat." yesterday, my favorite song was the title song, but today it's "born secular." i realize that jenny's gone on and made quite a name for herself as a singer, and she's pretty damned awesome, but i still can't see her face without thinking of the movie The Wizard, which is definitely the best movie about nintendo obsession. i miss the days where the original nintendo ruled the video game universe.

when i was ten or so, i beat The Legend of Zelda from start to finish in one day. i was a nintendo god.
Posted by Erik at 3:39 PM 6 comments:

8 things about the gym

3. my new play opens in three weeks, and i joined the gym, so i've been busy.

4. i get intimidated by the fact that everyone at the gym seems to totally know what they're doing, and i can barely even figure out the buttons on the damned stationary bike. and everyone's so serious. sometimes i want to laugh because i feel really goofy on those machines and i find them funny. but no one else laughs at the machines, so i started bringing a book so that i won't look like a crazy person laughing at the eliptical machines. but i'm reading She's Come Undone by Wally Lamb (actually, i finished it tonight, and damn it's a good book), and yesterday i was on the bike and i got to a really emotional part of the book and it made me cry, so i didn't really succeed in the whole try-to-not-look-crazy-at-the-gym thing because there i was riding the stationary book and CRYING.

5. but back to the buttons on the damned bike because they seriously don't make any sense. that's all i have to say about that. they just don't make sense. but i finally figured out that i can just hit "quick start" and pedal and be in business, so it's okay.

6. no one has facial hair at the gym i go to. it makes me feel like a grizzly bear.

And then here's my response: 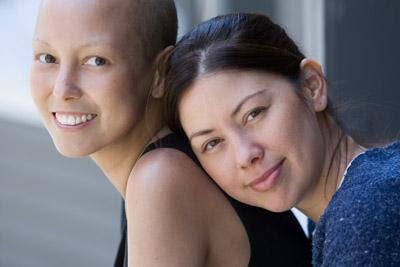 I've been really stressed the last few days about a bunch of various things, and then I just got home and read my friend Erica's blog and it really hit me how trivial all of the stupid little things I've been stressing over are. Erica's fighting leukemia, and she recently had a relapse, and she needs a bone marrow transplant -- she had one, but they fell through. It's especially tough for her to find one because she's of mixed race, which means her donor has to be too, and less than 3% of donors are minorities. Erica and her sister Jaci posted a video of them singing about their need for a donor and I can't figure out how to grab the video and post it here, so please go to Erica's blog and watch her video, and join the donor registry at http://www.marrow.org/. Especially if you're mixed race. You might save a life, maybe Erica's. And if you know anyone who's of mixed race, please pass on the word that Erica's looking for a donor, and show them Erica's video. Thanks. CLICK HERE TO GO TO ERICA'S BLOG.

update: I found the video on youtube, so I can upload it here now. But you should still go to Erica's blog.

procrastinate while building your vocabulary AND feeding the hungry by CLICKING HERE.

(this post sounds like such an advertisement) (sorry about that) (i'm sitting on the couch in my underwear, watching I LOVE LUCY--the episode where Lucy comes up with a get-rich-quick-by-selling-salad-dressing scheme, so funny--and i'm making free rice pop up on my computer, so my apartment is procrastination central right now)
Posted by Erik at 12:14 PM No comments:

quotidian things i did today:

1. saw Step Up 2 the Streets. loved it more than i probably should have. i think i cried three times. each time during dance scenes, the dancing was great. i'm in love with robert hoffman. besides being super hot (natch), he's a great dancer AND a choreographer. woof, woof. (and am i crazy or does he both look and sound like jay mohr's younger handsomer brother??? someone should seriously cast them as brothers, like, soon.) the whole final dance sequence takes place in the rain, which was a nice touch (though it took me out of things for a moment when i realized that, in order for the stepper uppers to face the camera during the final number, they were dancing with their backs to the entire crowd the whole time--but whatevs, they had good moves).

2. started reading Wonder Boys by Michael Chabon. Choice quote: "The midnight disease is a kind of emotional insomnia; at every conscious moment its victim--even if he or she writes at dawn, or in the middle of the afternoon--feels like a person lying in a sweltering bedroom, with the window thrown open, looking up at a sky filled with stars and airplanes, listening to the narrative of a rattling blind, an ambulance, a fly trapped in a Coke bottle, while all around him the neighbors soundly sleep. This is in my opinion why writers--like insomniacs--are so accident-prone, so obsessed with the calculus of bad luck and missed opportunities, so liable to rumination and a concomitant inability to let go of a subject, even when urged repeatedly to do so."

3. looked up the word "concomitant": existing or occurring with something else, often in a lesser way; accompanying; concurrent

4. wrote at the library with sian (the librarian, with her deep, braying voice, started announcing that "the library is closing soon" at 5:30, a good thirty minutes before the library actually closed; she made these announcements every five minutes until closing time at 6 p.m. are library lurkers really such a terrible, terrible hassle that they need a thirty minute warning so they can get out of there in time?)

5. had dinner at the california pizza kitchen with jesse; ate the mango chicken pizza; wished i'd ordered the thai chicken.
Posted by Erik at 10:44 PM No comments:

okay, how amazingly hardcore have the challenges been this season on MTV's Gauntlet Real World/Road Rules Challenge??? the buried-alive challenge was intense, but tonight's ice challenge takes the cake. Did you see the look on Diem's face as she came out of the water during the crazy ice challenge? I mean, all of their faces looked awful...oh my god, and then Robin's face, ack! (I'm live-blogging this apparently). I really want the Rookie's to win this because I don't agree with throwing challenges on principle. Wow, wow, wow, this is too intense, I keep expecting someone to freeze to death. Danny is a rockstar at this. I wonder if he actually has principles and also doesn't agree with throwing missions??? Why is everyone shunning him now???? They're all douches, I love them. I love the drama. I'm not really recapping this at all, I'm sure none of what I'm writing makes any sense unless you're sitting here watching this with me. Frank is the cutest douchebag on TV. I miss Casey, why'd she have to get kicked off last week? Girl had spunk. Holy crap, the rookie team is so tiny. There's only six of them left? Total decimation. okay, no more live-blogging, i need to focus on watching katie kick paula's ass in the gauntlet, so that she can come back and throw the guy's mission. (fingers crossed!)

update: dammit, katie lost the gauntlet. i really wanted the girls to throw the guys gauntlet. am i the only one who thinks danny looks like an elf in santa's workshop when he wears that little beanie cap?
Posted by Erik at 11:21 PM No comments:

Erik
If you want to read "about me," go HERE, and to find out more about my plays, go HERE.)

getting linksy with it